Are you sure you are ready AND have enough time right now (about 20 minutes) to dedicate to this step?

If not, just click the button below to go back to the safety and comfort of the last step or click here for more help.

If you are sure that you want to move on because you feel 100% confident that you have learned and mastered the last step, then welcome and read on!

It's time to be your own investigative scientist! This step helps you become more aware of your own habits, what triggers them and why you keep doing them. Becoming acutely aware of your habits, patterns and routines is a vital step because once they become visible, they are within your control. Once you analyze and understand them, you can recode those pathways.

When I was earning my degree in exercise science at Seattle Pacific University, I had to take certain courses prior to others (aka prerequisites). For instance, Anatomy and Physiology had to be completed before Biomechanics or Kinesiology because I had to learn the names, origins and function of muscles, bones, and connective tissues before I could learn how they moved and operated.

If I had tried to jump ahead to an advanced class and skip the prerequisite, I would have been lost and confused and wouldn't have learned much of anything. The same applies here and this course is designed with the necessary steps in the right order to reduce confusion and speed learning.

Failures to change do not necessarily indicate poor willpower or insufficient understanding of health issues. The power of certain situations to trigger past responses could likely be a big part of your already established automatic habits. Once we recognize this power and call out those triggers for what they are, they begin to lose their power and we begin to learn how to take that power back and regain control.

Track your habits! Use the grid below or make your own with any spreadsheet software (or just draw it on a piece of paper).

If you want to use this one, just drag the image below onto your desktop and print it direct, or paste it into a new word processing document to format or resize it.

If you use Google docs, just click here to get access to a pre made sheet.Then just click "File" then "Make a Copy" then rename it whatever you want and store it on your Google drive and it will then be editable. 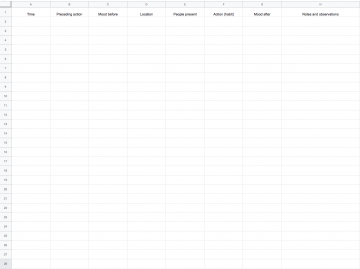 Use this grid to record the following in the columns provided:

Pick at least two healthy habits and two unhealthy habits to track here for at least 4 days, preferably including at least one weekend day because those patterns and routines can be quite different from weekdays.

You may want to track more than two and that's fine,, but be careful because  tracking too many at one time can create "paralysis by analysis."

You don't need to analyze all your habits now because you will be able to hack into your other habits later, so for now, make it easy! 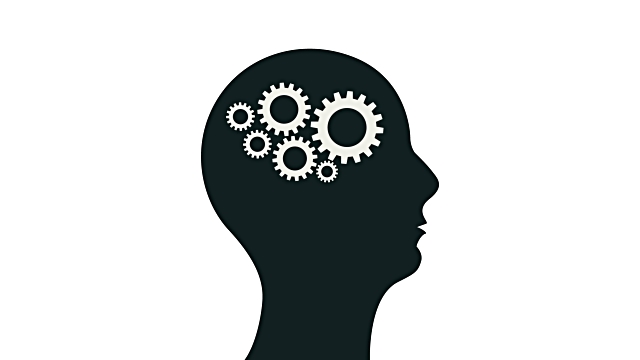