Muscles won’t change it they don’t have to. The human body was designed to be as efficient as possible. It only maintains a minimum amount of active tissue. If you sit all day, your body doesn’t need as much of this tissue, so it gets rid of it by atrophying the muscle. If your calories exceed your sedentary burn rate, you will only gain fat if your bodyweight increases.

If muscles are kept active however, they have to change by improving and growing to accommodate the activity. Extra calories can turn into muscle tissue instead of fat, and metabolism increases instead of decreases.

Resistance training is in a class of its own with respect to lean tissue and metabolism improvement. It has been shown over the millenniums to be the best way to improve both of these areas. The sad part is that most people don’t understand how, and end up just spinning their wheels in a fruitless effort because they don’t know the one simple secret only a select minority have discovered.

This secret is muscle fatigue. As stated above, muscles will only change if they have to. The best way to make a muscle realize it has to change is to make it fail. Pushing to the point of failure, or complete fatigue, forces adaptations and changes within the muscle preparing itself for success the next time. It realizes that it can’t do what was just asked of it and therefore sees a reason to improve.

If fatigue isn’t reached, the muscle says, “I can tolerate this, so I’m adequate as-is”. This is how most people train. They push until it starts to burn and then set the weight down. Even if they do multiple sets, they still end up just spinning their wheels never getting anywhere.

Some people train for years and never change a bit. They might be getting some negligible calorie expenditure during their session, but that quickly goes away and there is no long-term metabolism increase enjoyed. On the other hand, some people can visibly change within 4 sessions of high intensity training to complete fatigue! Most take longer, but everyone enjoys results far surpassing sub-fatigue training. Muscle fatigue, to the point of failure and then beyond, is the key.

“Bailing” is when the trainee drops the weight or gives up momentarily due to mental failure. They get to the point of a burn or fatigue where they don’t want to go on or start to doubt if they can. This is most common among perfectionists who don’t want to experience the failure of not being able to complete that last rep, and those who simply don’t have the pain tolerance to take the intensity of complete fatigue.

That last rep-the one 3 or 4 reps past what you thought you could do, is the one that brings the results. Every rep leading up to that is just a rehearsal rep or “prep reps” getting ready for the “benefit rep” where failure is achieved. The difference between rapid change and stagnation lies almost exclusively in that one last failure rep.

A trainee can then take it even further with splinter techniques causing even greater fatigue. This augments the results even further. It creates an emergency situation inside the muscle shocking it into making even more rapid gains than ever. Splinter techniques could be anything extra after fatigue ranging from a simple 10 second hold where you got stuck, to negatives and forced reps from a partner.

If you can train with a partner, you will get even more out of it because if they know what they are doing, they will actually have a better idea when you are at fatigue than you will. They will also know how to get you beyond that point and to a place you wouldn’t be able to go on your own. To get the most out of your sessions, follow your partner’s instructions as closely as possible. Saying “no”, “I can’t” or “bailing” will only jip you out of results.

So if you want to break your plateau or speed your gains, crank up your intensity and go to failure. Then go beyond. You’ll go places you’ve never gone before and farther than most would dare. If you have it in you, go for it and you will blow yourself away.

Build Your Own DIY Home Gym for Under $40! 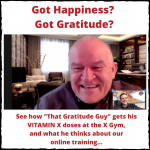 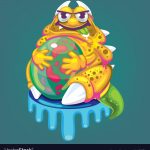