You’ve all heard of willpower. This is the energy you use when you DO something

But have you heard of “Won’t power?” This is the energy you use to NOT do something

Both use energy from the same part of the brain – the prefrontal cortex (PFC), which is the part of your brain that gives you the ability to delay gratification, make good decisions, have rational thoughts, simulate scenarios to predict their outcomes, etc.

The PFC is also called the “parent brain” because it thinks things through as a logical adult would with life experience.

The rest of the brain (most of the brain) is called the “toddler brain” because it operates mostly on instant gratification, emotions, feelings, etc.

The energy required for both WILL and WON’T power comes from the PFC, which can get tired toward the end of the day or due to stress, emotions, etc.

The toddler, on the other hand, never gets tired.

But it can be trained by the parent brain!

This training takes place over time, but here are some hacks and shortcuts to reduce that time (and effort) drastically.

Lastly (for now), here is a tip for the parent brain: Use “Triggers” to reduce the energy your PFC has to spend. Overcoming inertia takes lots of energy, but momentum saves energy. The first action step of something is usually the hardest, even if it’s an easy step. A good example of a trigger is setting some ingredients out on the counter before you leave for work, that you will be needing to prepare dinner when you get home. Then your brain sees the process as already started, which helps your parent brain do it, even though it’s tired after a hard day at work. Plus, you have created inertia against NOT doing it because if you choose not to make that healthy dinner, now you have to put all those things away before you eat the “wrong” foods, which is also, in effect, an obstacle, as discussed above.

I remember one day I was out of fitness chocolate, which is my favorite “go-to” when I have a sweet craving. I knew I might be too tired to make it when I got home because my day was going to be very full, so I put the coconut oil in the microwave and the ingredients out on the counter by the blender. Then I put a post-it note on the blender that read, “Need to meditate?” This was in case I would be REALLY tired and the trigger might not even work.

It’s funny how the brain works, but when we begin to “get it,” life is so much easier. And healthier. And more productive, And happier! 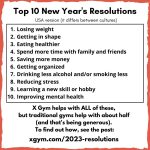 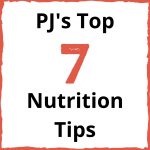 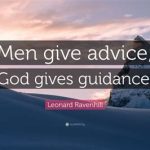 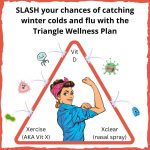