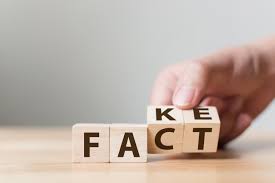 Here are the top 7 internet searches from people looking to research their own health questions from natural or alternative health sites such as Mercola.com, instead of merely doing what they are told by Western medical practitioners. Researching your own health issues and looking at both sides is the only way to find your own truth. Blindly following what ANYONE says is the recipe for disaster and even death. Your life depends on taking control of your own health and research is the best place to start.

With the top searches below, I have included what I have learned as a researcher about each topic, but as I already mentioned, don’t follow my advice or anyone else’s without doing your own research first!

Western medicine says that a blood pressure reading of 120/80 millimeters of mercury (mmHg) is considered “healthy” or “normal.”

They also used to say that high blood pressure (hypertension) is typically considered to be higher than 140/90 mmHg. They changed this recently to 130/80 mmHg as the cutoff for a diagnosis of hypertension.

In the U.S., at a reading of 140/90, an estimated 1 in 3 have high blood pressure. That’s over 100 million people who are candidates for drugs, according to the opinion of most Western MD’s.

Now, with the new lower cutoff of 130/80, they can add another 50 million people to that drug list, including me.

Should I be worried about a stroke? Nope. BP is supposed to go up and down throughout the day, just like heart rate and breathing rate.

When you go to the doctor, your BP will probably be elevated beyond your normal reading. It’s called the “white coat effect,” caused by being stressed about having your BP taken, much like “test anxiety.” If your doctor wants to write you a prescription based on that one reading, it’s time to find a new doctor. They don’t know jack squat about blood pressure and they are just a glorified pharmacist. If you stay with that doctor, you will end up on a host of meds because they will continue to find more reasons to write other prescriptions.

High blood pressure is certainly dangerous. It’s a major risk factor for cardiovascular disease, stroke, dementia and more. Each person has their own “high blood pressure” range though, but generally, if it’s your AVERAGE is higher than 145/90, you should find the CAUSE of it and solve it yourself with healthy habits like cutting sugar, starches and processed foods (which are the biggest reasons for high BP – much more so than salt), drinking more water, eating more green veggies (for potassium and nitric oxide production, so your blood vessels can relax more easily), meditation or other relaxation techniques, and most importantly, regular exercise.

But it’s not for everyone.

My wife, for example, needs more carbs that for her unique optimum health, body composition, and energy.

Also, the keto diet requires 100% adherence in order to find out if it works or not. If you try keto with 90% commitment or less, it can actually be fattening.

The Paleo or Primal diets are also great, but they are more forgiving too. 90% adherence to those can actually work for fat loss and health improvement.

The Mediterranean diet is another healthy lifestyle that only requires about 80% adherence for good results.

There are lots of other healthy diets out there, but most people don’t really give them the time or effort necessary to see if they work. You have to try a certain diet for at least 3 months – with full commitment – to see if it’s effective for your unique physiology.

Western medicine says that a total cholesterol reading below 200 is considered “healthy” or “normal.”

That cutoff used to be 250, but at that level, there weren’t enough people who would be given drugs and most of the members of the board who voted for the lower threshold were also invested in big pharma companies who make cholesterol lowering meds. Lowering it to 200 almost doubled the number of people MD’s could recommend drugs to, including me. Things that make you go “hmmm…”

For more information on drugs, see my other post on that topic.

Cholesterol is good. We need it. It’s the most important ingredient in every cell membrane.

High total cholesterol has never been linked to heart disease, outside of the studies funded by the drug companies who sell those drugs.

Low cholesterol, however, has been linked to heart disease.

Heck, progressive doctors outside the US actually want to see total cholesterol numbers over 200 and don’t become alarmed until that number gets over 350. Even then, they aren’t alarmed about heart issues, but more about the liver because chronic, high cholesterol could be an indicator of inflammation or liver issues, since that’s where most of it comes from anyway.

Besides, the total cholesterol number is worthless information anyway, in regards to heart attack risk or atherosclerosis (clogging of the arteries). The actual cause of atherosclerosis is inflammation (causing the cracks in the arteries), combined with high VLDL’s (the only cholesterol molecule small enough to fit in those crack and start the accumulation cascade). If you have a high HS-CRP test and a high VLDL reading, you should and get that solved ASAP through cutting sugar, starches, processed food, proper hydration, and regular exercise. Does this sound familiar from above? Yep, the same strategy works for optimizing your cholesterol numbers as does for reducing your blood pressure.

It’s called GETTING HEALTHY, through adopting healthy lifestyle habits! This is not rocket science! Your body WANTS to be healthy. It’s programmed and desiged that way, so if you give it the tools it needs, it will happen. If you aren’t healthy, it’s because you are getting in the way with unhealthy habits.

Most people are deficient in vitamin D3 and that’s alarming. Vitamin D3 is so important, with some many useful functions in the body, some progressive doctors even claim it should be reclassified as a hormone instead of a vitamin.

If you live outside the tropics and/or try to avoid the sun, you probably aren’t getting enough vitamin D. It’s also important to optimize your magnesium levels and take vitamin K2. Plus, calcium helps too.

So should you take all these as supplements? Probably, if you are paranoid about the sun (get over that), or live above or below 40 degrees latitude because the sun has to go through too much atmosphere between the months of September to May, so your skin can’t make enough, nor could you eat enough.

Or you could get a sun lamp like I have, which I stand in front of for two minutes every morning and evening while I brush my teeth because the vitamin D my skin makes is far superior to any supplement I could swallow.

Fasting causes natural detoxification processes necessary for optimal cellular renewal and function. It also triggers the generation of stem cells, fights insulin resistance, obesity, diabetes and related health problems, including cancer. There’s even evidence to suggest fasting can help prevent or even reverse dementia, as it helps your body clean out toxic debris.

While water-only fasting is the most effective, it can also be the most problematic, as it forces fat-soluble toxins out of your fat cells. If you’re highly toxic and your detoxification pathways (your “exit” strategies like pooping and sweating) aren’t working well, this could actually be dangerous.

Fortunately, research has confirmed that similar results (albeit not as profound) can be achieved through intermittent fasting, i.e., following a meal-timing schedule where you’re fasting for at least 16 hours every day and eating all of your meals within eight consecutive hours. This is my technique of choice and I do it for the health and longevity reasons, instead of body composition reasons, since I’m already at my ideal body fat level and have been for decades.

I simply stop eating at 6 pm and start again at 10 am the next day. In between then, I drink lots of water and if I get hungry, I munch on sauerkraut, kimchi, or pickles. Because I’m also keto, hunger really isn’t a big issue, so it’s really easy to go 16 hours without eating, especially because I’m asleep for half of that time anyway.

Wow – bad idea. Just say no. Vaccines have become more and more toxic over the years and are now basically poison, causing WAY more harmful side effects than the ultra-slim chance of protecting you from the flu-like they are supposed to.

The vaccine effectiveness against influenza for the 2017/2018 seasonal flu vaccines was just 36 percent, meaning for a vast majority of people, it offered no protection at all, but the chances of adverse side effects were MUCH higher than 36 percent.

In fact, there’s plenty of evidence suggesting flu vaccinations render you more susceptible to illness, both in that season and the following one.

3/3/21 addition/edit: And then there are the current “vaccines” authorized (not approved) by the FDA under Emergency Use Authorization laws. The two main ones at this point are the Pfizer and Moderna options, both of which are still experimental, using a new technology (mRNA) that has not been fully tested yet. These two are technically experimental gene therapies, not vaccines, as are traditionally designed, so we don’t know the effects of them yet. In other words, every person who receives it is part of phase three in the experiment…

For more information on traditional vaccines – as defined (for decades) before they changed the definition in January of 2021), see my other post on the topic.

As with the topics above, prevention is worth a pound of cure when it comes to cancer, and while diet is paramount (with cyclical keto and fasting topping the list of all-natural cancer prevention strategies), specific nutrients and supplements show great promise, with curcumin being one of the most potent and most well-studied.

When it comes to cancer treatment, more people than ever before are forgoing conventional chemotherapy and are starting to take control of their own cancer treatment and care. Overall, years of research support this trend, as studies have repeatedly shown chemo is nowhere near as effective as most people think, and actually hastens death when given to severely ill patients.

Two of the most popular cancer-related articles for the year on the #1 alternative health site, were “How Curcumin Targets Cancer” and “Chemotherapy Is Losing Its Luster,” which address prevention and treatment respectively.

The remarkable benefits of nutritional ketosis and fasting as adjuncts to conventional cancer treatment are also detailed in “Metabolically Supported Therapies for the Improvement of Cancer Treatment,” which features an interview with Dr. Abdul Slocum and Travis Christofferson, author of “Tripping Over the Truth: How the Metabolic Theory of Cancer is Overturning One of Medicine’s Most Entrenched Paradigms.”

If you have cancer, or want to prevent it, or know someone who has cancer, you really need to start looking into these resources as one side of the story because just looking at the Western medical side, or blindly following your MD’s recommendations could cost you your life.

I’m not a doctor – thank GOD – because I haven’t been brainwashed by the medical schools funded by the drug companies. This leaves me with an open mind to objectively investigate all angles and sides.

Not all doctors are brainwashed though. Some are fantastic because they do their own research as I do. They are rare though, so look carefully to find one.

ND’s are usually more health-conscious than MD’s and functional medicine practitioners are typically the best, but here are three questions below to ask your doctor to qualify them to help you solve the cause of your condition and not just give you a drug to mask a symptom.

And remember, they work for YOU, which makes YOU the boss of your own health!

Lastly, if your doctor wants to prescribe anything based on one visit and one reading/test, run screaming away from that doctor (I call them “dorketers”) and never go back!