You may have noticed that “science” has changed a lot since COVID hit the headlines and I’d like to remind you what it was prior to all this lest we forget altogether.

In fact, I’ll let two prominent liberal scientists do it for me: 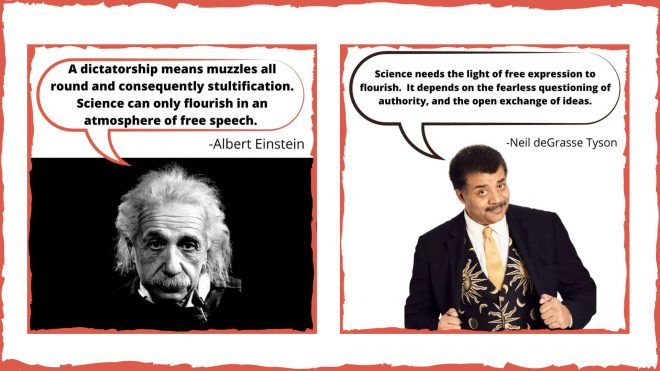 Since COVID, we’ve had an all-out attack on science. The greatest enemies of science are:

You can ​spot these science-haters by their most popular catch-phrases,​ “The science is settled” and then, “Follow the science” as they wave their credentials and make reference to “consensus.”

It’s a pretty safe bet that the person using these phrases is either a shill, completely ignorant, a liar, a sociopath, or all of these things.

These agenda-revealing words ​have the following devastating effects on science:

This all turns the discipline of science into a political exercise, empowering those spouting​ the current politically​-​correct script to function as a sort of “Ministry of Truth” with the “authority” to tell others how to think, what to believe, and dictate the consequences of expressing other options.

​That is the opposite of science. ​We need to get back to real science or we will lose it forever.

Use your own independent mind to think critically, logically, and rationally.