Finally, we see credible, intelligent, and eloquent sources speaking out against nutritional misinformation campaigns we have been forced to endure for decades.

This post is about the myth/lie that saturated fat is unhealthy. If you want to read a great book on the topic, click here to see how to buy The Clot Thickens by Dr, Kendrick.

And for instant gratification on the topic, read the post below, written by Dr. Rushworth, which I couldn’t have written better myself! It’s exactly what I’ve been telling X Gymers (and anyone else who would listen) for decades now:

In a sense, I can’t believe I’m writing this article. From a scientific perspective, this issue has been firmly settled. The answer is very clearly “NO!”. And yet, if I google “is saturated fat unhealthy?”, then seven of the top nine results proclaim with great certainty that “yes, it is”.

Here’s what the NHS says to people living in the UK: “Too much saturated fat can increase the amount of cholesterol in the blood, which increases your risk of developing heart disease.”

And here’s what the US government tells its citizens: “Eating too many foods high in saturated fats can be bad for your health. By replacing saturated fats with unsaturated fats, you may lower your risk of getting heart disease.”

To be fair, the US government doesn’t sound quite as confident as the UK health authorities. There’s a lot of “can” and “may” in that sentence. Which is actually a bit funny, when you consider that it was the US government that got the whole world to cut down on saturated fats in the first place.

Interestingly, none of the self-appointed fact checking organizations that have sprung up in recent years has yet tried to pull the NHS or the US government off the internet for spreading misinformation.

The claim that saturated fat is unhealthy originated with physiologist Ancel Keys in the mid-part of the twentieth century. He initially believed that cholesterol in the diet was what caused heart disease. Unfortunately, he soon noticed that feeding people cholesterol had no effect whatsoever on the cholesterol levels in their blood streams. So he was forced to abandon that line of thinking. On doing some further research, he noticed that increasing the proportion of saturated fat in the diet did however appear to increase cholesterol somewhat.

This led him to develop the diet-heart hypothesis, which basically says the following: Saturated fat in the diet leads to increased cholesterol levels in the blood stream, which causes heart disease. So it’s a two part hypothesis. As I’ve already discussed before on this blog, the second part of the hypothesis has been disproven – cholesterol in the blood stream does not cause heart disease.

But what about the first part? Even if not through the intermediate action on cholesterol, saturated fat might still somehow be unhealthy. Ancel Keys claimed to have evidence that high levels of saturated fat in the diet correlates with heart disease. This evidence came from a very shaky observational data set called the “Seven Countries Study”, in which Keys presented results from relatively small, hand-picked cohorts in seven countries, which appeared to show a correlation between saturated fat intake and heart disease (and ignored data from a bunch of other countries where no such correlation could be seen).

But it’s now more than forty years after the Seven Countries Study was published, and there is thus no reason to rely any longer on what Ancel Keys claimed to have found. We can instead look at the wealth of data that’s been produced since then.

Let’s start with what the observational data show. A meta-analysis was published in the American Journal of Clinical Nutrition in 2010 that sought to find if the prospective cohort studies that had been carried out up to that point supported the notion that saturated fat causes heart disease.

A meta-analysis is a pooled analysis, where you take a bunch of studies and add their results together, to get a higher degree of statistical accuracy. A prospective cohort study is a study where you find two groups of people that vary in some significant respect, for example in terms of how much saturated fat they eat, and then follow them over time to see what happens – it’s generally considered to be the highest quality type of observational study, although it doesn’t reach the level of quality of a randomized controlled trial, because it isn’t able to get rid of confounding effects to the level that a randomized trial can (if you need to brush up on scientific method in the health sciences, read this).

The authors of the meta-analysis identified 21 prospective cohort studies, with a total of almost 400,000 participants. That’s a big data set. The studies followed participants for between five and 23 years.

So, what did they find?

The difference in risk of cardiovascular disease between the groups with a high intake of saturated fat and those with a low intake of saturated fat was exactly zero. There was no difference at all. If you look more closely at the different kinds of cardiovascular disease, then you see a slightly increased risk of coronary heart disease in the saturated fat group (7% increased relative risk), but a slightly decreased risk of stroke (21% decreased relative risk). Neither of those differences were statistically significant, however. And in observational data sets, with all the risks of confounding they face, anything less than a halving or doubling of risk should be ignored, since small differences between groups are almost certainly caused by confounding factors.

Let’s move on and look at what the randomized controlled trials show. A Cochrane review was published in 2020 that looked at the ability of a diet low in saturated fat to prevent heart disease and death. 15 trials were identified, with a total of roughly 55,000 participants, and included in Cochrane’s meta-analysis. In most of the trials, the intervention consisted of dietary advice, although a few also provided polyunsaturated fats (so-called “healthy oils”), and told people to replace their lard and butter with them, and one provided participants with complete meal replacements. The trials lasted from two to eight years, with an average duration of five years.

Eleven of the 15 trials measured intake of saturated fats at multiple time points, and could thus confirm that intake of saturated fats decreased in the intervention group as compared with the control group. This is good to know, since if that wasn’t the case then a lack of benefit in terms of heart disease risk could simply be due to not managing to get people to change their diets sufficiently. So we know for certain that saturated fat intake decreased in at least eleven of the fifteen trials. Did this have any meaningful impact on people’s risk of having a heart attack or dying?

After the dark magic known as Mantel-Haenszel weighting (a statistical technique used in meta-analysis in which studies with more precise results are given greater weight), the authors reach the conclusion that it’s actually the other way around, that marginally less people should have died in the low saturated fat group, but the difference still isn’t statistically significant.

So it’s not possible to conclude that a diet high in saturated fat increases overall mortality. What about if we look specifically at heart attacks?

Again, after statistical weighting, it appears that there should have been slightly fewer heart attacks in the group with the low saturated fat diet (rougly 0.3% less). Just as before, however, the difference isn’t statistically significant. What that means is that the small difference that was found is within the margin of error.

To conclude, the sum of all the observational and randomized trial evidence now available to us does not allow us to conclude that there is any increased risk of cardiovascular disease or death with increased intake of saturated fat. Considering that the data sets that these conclusions are based on are massive, we can be certain that even if there were a benefit, it would be so tiny as to not be worth bothering with. It is therefore shocking that public health agencies still tell their populations to cut down on saturated fats, instead of focusing on the things that have actually been shown to make a difference. 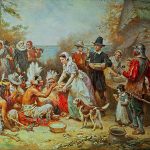