Below is a partial list of the research studies that helped us develop our protocols. Since our competition has already attempted to copy our methods and original bibliography, this list includes only about 20% of the studies on our current list which is growing each day as new research comes out. Our full list including key studies is available to those who wish to form partnerships or business opportunities and sign a comprehensive non-disclosure agreement.

The select list below however, is comprehensive to the extent that it includes studies supporting all our protocols, methods, and X Gym theories on topics of strength training, flexibility, nutrition, fitness testing and cardiovascular exercise. The italics describe the topic of study, and the rest includes the reference and title.

Training to failure produces more strength and the more training you do in a workout (volume), the less intensity you’ll generate: Canadian Exercise Physiologists presentation at the annual meeting of the Canadian Society of Exercise Physiology, held in Quebec, Nov. 2001. [Ironman, June 2002]

Shrier, I. (1999) Stretching before exercise does not reduce the risk of local muscle injury: a critical review of the clinical and basic scientific literature. Clinical Journal of Sports medicine. 9: 221-227.

Stretching before a workout is not a sufficient warm-up or even very good for flexibility improvement. Stretching after works great: I Shrier and K. Gossal. Myths and Truths About Stretching. Phys. & Sportsmed. 28.8 (2000). [Muscle Media, Dec. 2000].

2 cardio sessions split up by a break in between or strength session and then a cardio after a break is best for fat burning: Stich, V. et al. (2000) Adipose tissue lipolysis is increased during a repeated bout of aerobic exercise. J App Phys. 88:1277-1283.

THR formulas work for only 50% of us: Dwyer, J. Metabolic character of exercise at traditional intensities in cardiac patients and healthy persons. J. of Cardiopulminary Rehab. 14:189-196, 1994.

Grazing helped boxers lose weight w/o losing as much lean mass as their dieting counterparts: Scandinavian Journal Of Medicine & Science In Sports 1998 6 (5):265-72.

Tremblay et al (1) compared the effects  of a 15-week high-intensity, intermittent training (HIIT)  protocol and a 20-week endurance-training (ET) protocol  on body fat and skeletal muscle enzyme activity.  8  men and 9 women participated in ET, while 5 men and 5  women participated in HIIT.  Training was performed  on a cycle ergometer.  ET involved 30-45 minutes of  continuous cycling at 60-85% max HR reserve 4-5 times a  week.  HIIT involved bouts of short-interval work  and long-interval work;  short-interval work  consisted of 10-15 bouts of 15-30 seconds of cycling at  60% maximum 10-second power output.  Long-interval  work consisted of 4-5 bouts of 60-90 seconds of cycling  at 70% maximum 90-second work output.  Recovery  between bouts was sufficient to allow HR to return to 120-130  bpm.  Intensity was increased in both the short-interval  and long-interval protocols by 5% every 3 weeks.  Total  energy cost of the training sessions was estimated by  referring to VO2 max and maximal work-output measurements.   Body fat was measured before and after the ET and  HIIT protocols by the sum of 6 skinfolds.  Enzyme  activity of hexokinase (HK), phosphofructokinase (PFK),  malate dehydrogenase (MDH), and 3-hydroxyacyl coenzyme A  dehydrogenase (HADH) were measured before and after the  training protocols using muscle biopsies.  VO2 max  was measured before and after training using a  progressive cycle ergometer test to exhaustion, and  maximal cycle work output for 10, 30, and 90 seconds were  also measured.

IMPLICATIONS:  This study gives more  evidence to support the idea that high-intensity interval  training is a more optimal program for fat loss than  moderate-intensity, continuous endurance exercise.  The  HIIT group in this study lost nine times more body fat  than the ET group for each MJ of energy expended during  training, indicating HIIT is much more efficient and  effective.  More evidence of the effectiveness of  the HIIT program is evident in the significant greater  increase in HADH activity as compared to the ET program;   HADH is a marker of the activity of beta oxidation.   Higher HADH activity means more body fat is being  used as a fuel source during rest.  This shows that  the reason why HIIT is so effective in reducing body fat  is the increase in fat metabolism during the rest periods  between training sessions;  basically, you lose more  fat while sitting around on the couch.

The increase in VO2 max seen with both  protocols indicates that both HIIT and ET can be an  effective methods for increasing VO2 max.  An  increase in VO2 max means the body can consume more  oxygen to produce energy and thus perform more work,  increasing performance on the track, the road, or other  athletic endeavor where oxygen uptake plays a major role  in performance. 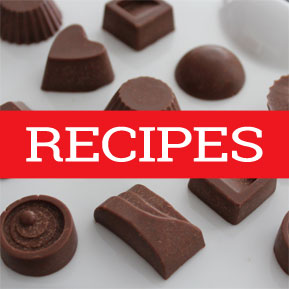